Rivers State Government on Friday ordered the immediate past governor of the state, Mr. Rotimi Amaechi, former military administrator of the state, Anthony Ukpo (retd.) and others who had held public offices in the past to return N97bn.

This is just as the State Governor, Chief Nyesom Wike, had announced the suspension of some permanent secretaries said to have been indicted by the report of the Justice George Omereji commission of inquiry.
The state government, who briefed newsmen shortly after the State Executive Council meeting at the Government House in Port Harcourt, declared that the sum was misappropriated in the sale of Rivers State valued assets.
ADVERTISEMENT
The State Commissioner for Housing, Mr. Emma Okah, who spoke with newsmen after a White Paper was issued based on the report of the commission of inquiry, said Amaechi and others found to have been involved in the misappropriation of state funds must return them or face prosecution.
The state governor had set up a judicial commission of inquiry into the sale of valued assets belonging to Rivers by the immediate past administration.


Okah specifically said that the state government had ordered its Attorney General and Commissioner for Justice, Mr. Chinwe Aguma, SAN, to start the process of charging Amaechi and two others to court over the sale of the state gas turbine without due process.
Though no ultimatum was given to the former governor and others indicted by the commission of inquiry to return the said funds, Okah added that an ex-commissioner for Finance, Dr. Chamberlain Peterside and Augustine Nwokocha, who was the immediate past commissioner for Power, would also be prosecuted.
He explained that the state attorney general was expected to begin the process of recovering funds accruing from the sale of four gas turbines from Amaechi and the former commissioner for Power.
According to him, “The Omereji commission had several terms of references and we will be taking them one after the other. The first term of reference is to ascertain the sale of the Omoku 150 megawatts gas turbine; Afam 360 megawatts gas turbine; Trans-Amadi 136 megawatts gas turbine and the Eleme 75 megawatts gas turbine by the administration of former Governor Rotimi Amaechi.
“The commission finds as a fact that the sale of 70 per cent equity from the First Independent Power Limited in Omoku gas turbine, Trans-Amadi gas turbine, Afam Phase I gas turbine and Eleme gas turbine, have been very difficult to justify.
“They have therefore recommended the review of the sale of the power assets and the Government of Rivers State has accepted that recommendation on the refunds of proceeds by Chibuike Amaechi, Chamberlain Peterside, and Augustine Nwokocha. In furtherance of these findings that the sale of the four gas turbines was unjustifiable and against the interest of the government and people of Rivers State.
“The commission recommends that the former governor of Rivers State, Rt. Hon. Chibuike Rotimi Amaechi, along with his former commissioners for Finance and Power, Dr. Chamberlain Peterside and Augustine Nwokocha, respectively, should be held to account for their roles in the sales of the power generation assets of First Independent Power Limited and the disbursement of the proceeds there from.
“Government accepts this recommendation and directs the office of the honourable Attorney-General and Commissioner for Justice, to promptly set in motion the appropriate machinery for the recovery of the proceeds of the sale of the gas turbines from the former governor, Rotimi Chibuike Amaechi, and every other person implicated in the commission’s report.”
Again, Okah disclosed that the state attorney general and commissioner for Justice had been instructed to recover the sum of N3bn from the former Commissioner for Agriculture, Mr. Emma Chinda, adding that the said amount meant for agricultural grant to farmers was diverted.
The Housing commissioner pointed out that another commissioner under the Amaechi administration, Dr. Sampson Parker, who was in the Health Ministry should be made to return some amount of money running into billions of naira meant for the construction of the Justice Karibi-Whyte Hospital.
He said the former commissioner for Transport, Mr. George Tolofari, and former military Governor of old Rivers State, Anthony Ukpo, were expected to join Amaechi in returning N33bn spent on the state monorail project without passing through due process.
On the suspension of some permanent secretaries, Okah explained that the suspension would continue until when they would be able to defend themselves on the allegations against them.
Reacting through a statement, Rotimi Amaechi’s Media Team described the claims by the commission as a mischief and a desperate tactic to reduce the former governor’s towering stature.
Defending the governor on the alleged missing N53bn from the State Reserve Funds, the team said the withdrawals were duly approved by the State House of Assembly.
“The statement credited to the panel’s chairman Justice Omeriji of a “missing” N53bn is unfortunate and leaves much to be desired. The mischief is all the more evident as the funds referred to are funds from the Rivers State reserve fund which was duly approved by the Rivers State House of Assembly and whose expenditure were duly captured and appropriated.
“Ordinarily we might not have responded to the mischief of Mr. Wike knowing that having failed with his various desperate tactics to stop the nomination of the Rt. Hon. Chibuike Amaechi as a minister, he has embarked on this last ditch effort which is his trump card in the hope that it will diminish the former governor’s towering stature as a statesman and honest Nigerian.
“Between 2013 and early 2015, the revenue accruing to the Government of Rivers State was cut in half due to dwindling federal allocation to states. From about an average of N20bn, the state began receiving between N9 and N10bn. By the middle of the first quarter of 2015, the state revenue dipped to as low as N6bn. Salaries alone stood at over N9bn besides other expenses.
“Government had set aside the reserve funds for the rainy day and had need to fall back to it to fund salaries and projects,,” the statement read
at 15:37 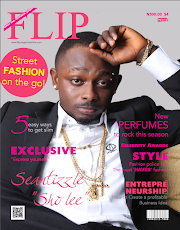